Montréal September 29, 2017 – A provincial specialized telephone help and referral line to help elder abuse victims, the Elder Mistreatment Helpine (LAAA), célébrâtes seven years of operation on October 1st 2017. As in previous years, the LAAA continues to receive an even greater number of calls from members of the public in a situation of abuse.

“We are proud of the work accomplished and will continue to counter abuse in Québec”, declared Sylvie Bouchard, the coordinator of the LAAA. “Processing close to 29,000 calls from the population since the launch of this service, and over 1,800 Professional consultations requests, the Elder Mistreatment Helpine is now considered an essential resource”, adds Ms. Bouchard.

There was a notable increase in the number of calls to the Elder Mistreatment Helpline during the first eight months of 2017. For the period of January 1st to August 31st, the LAAA received 3,483 calls, which represents a monthly average of 435 processed calls. In 2016, for the same period, the LAAA received 2,576 calls representing a monthly average of 322 processed calls.

Since January 2017, the main types of abuse reported to the helpline were financial and material mistreatment (35% of calls), psychological abuse (close to 30% of calls) and violation of human rights (15% if calls). Finally, 20% of calls concern physical, organizational, sexual and ageism abuse.

“Ever since its launch, the Elder Mistreatment Helpline has played a key role in providing much-needed assistance to vulnerable seniors who are a victim of abuse”, says Dr. Lawrence Rosenberg, President and CEO of CIUSSS West-Central Montreal. “This is characteristic of our CIUSSS to provide the elderly not only with medical treatment, but with a broad range of essential healthcare and social services that meet their evolving needs in a wide range of circumstances.” 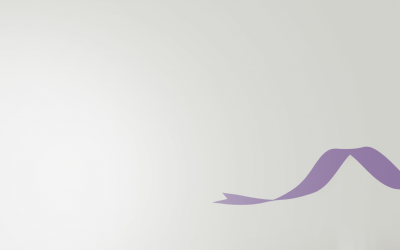 The new awareness campaign on older adults mistreatment will take place until March 15. Have you seen it or heard it? Share in your network!

END_OF_DOCUMENT_TOKEN_TO_BE_REPLACED

The Elder Mistreatment Helpline launches a new and improved website

PRESS RELEASE New digital platform improves access to information for elder abuse victims. Montreal – March 19 2019 – In a continuous effort to better meet the needs of older adults in situations of mistreatment, as well as their families, friends and community...

END_OF_DOCUMENT_TOKEN_TO_BE_REPLACED

The new awareness campaign on older adults mistreatment will take place until March 15. Have you seen it or heard it? Share in your network!