Terminology on the mistreatment

Definition of the mistreatment of older adults

Mistreatment is a single or repeated act, or lack of appropriate action, occurring within any relationship where there is an expectation of trust, which causes harm or distress to an older adult, whether the person deliberately wants to cause harm or not.

(Inspired by the WHO (2002) The Toronto Declaration on the Global Prevention of Elder Abuse; the notion of “intentionality” was not part of
the original definition).

Poor treatment of an older adult, or making the older adult act against his or her will, through the use of force and/or bullying.*

Failure to show concern for the older adult, particularly by not taking appropriate action to meet his or her needs.

The person deliberately causes harm to the older adult.

The person does not want to cause harm or does not understand the harm being caused.

NB: It is important to assess the signs and situation to avoid drawing hasty conclusions or labeling people.

Gestures, words or attitudes that negatively affect an individual’s psychological well-being or integrity.

NB : Psychological mistreatment is without a doubt the most common and least apparent type of mistreatment:

Inappropriate gestures or actions, or absence of appropriate actions, which harm physical well-being or integrity.

Neglect : Failure to provide a reasonable level of comfort and safety; failure to provide assistance with eating, grooming, hygiene or taking medication when the older adult is in a situation of dependency, etc.

NB : Some signs of physical mistreatment may be mistaken for symptoms associated with certain health conditions. It is therefore preferable to request a medical and/or psychosocial assessment.

Non-consensual gestures, actions, words or attitudes with a sexual connotation, which are harmful to the person’s well-being, sexual integrity, sexual orientation, or gender identity.

Neglect : Failure to provide privacy, failure to respect a person’s sexual orientation or gender identity, treating older adults as asexual beings and/or preventing them from expressing their sexuality, etc.

NB : Sexual assault is above all an act of domination. Cognitive impairment may lead to disinhibition, which can result in inappropriate sexual behaviour. Not recognizing older adults’ sexuality is a form of mistreatment, and it also makes it more difficult to identify and report sexual mistreatment. It is also important to keep an eye out for pathological sexual attraction toward older adults (gerontophilia).

Illegal, unauthorized or dishonest acquisition or use of the older adult’s property or legal documents; lack of information or misinformation regarding financial or legal matters.

Violence : Pressure to change a will, banking transactions without the person’s consent (use of a debit card, online banking, etc.), misappropriation of money or assets, excessive price charged for services provided, identity theft, etc.

Neglect : Failure to manage the person’s assets in his or her best interest or to provide the necessary goods and/or services as required, failure to assess the person’s cognitive abilities, understanding and financial literacy, etc.

Signs : Unusual banking transactions, disappearance of valuable items, lack of money for regular expenses, limited access to information regarding the management of the person’s assets, etc.

NB : Older adults who are in a relationship of dependency (e.g., physical, emotional, social or business-related) are at a greater risk of being mistreated in this way. In addition to the financial and material implications, this type of mistreatment can affect older adults’ physical or psychological health by limiting their ability to fulfill their duties or meet their own needs.

Any infringement of individual and social rights and freedoms.

Signs : Preventing the older adult from participating in making choices and decisions that affect his or her life, failure to respect the decisions made by the person, a family member answering on behalf of the older adult, restricting visits or access to information, isolation, complaints, etc.

NB : Violation of rights occurs in all types of mistreatment. Everyone fully retains their rights, whatever their age. Only a judge can declare a person incapacitated and can appoint a legal representative. Persons declared incapacitated still preserve their rights, within the limits of their capabilities.

Any discriminating situation created or tolerated by organizational procedure (private, public or community institutions providing all types of care and services), which compromise older adults’ ability to exercise their rights and freedoms.

Violence : Organizational conditions or practices that do not respect older adults’ choices or rights (e.g., services are provided in an abrupt manner), etc.

NB : : It is important to remain aware of organizational shortcomings that could violate the right of older adults to receive care and services, or that could lead to conditions that negatively affect the work of staff in charge of providing care or services.

Discrimination based on age, through hostile or negative attitudes, harmful actions or social exclusion.

Neglect : Failure to recognize or respond to ageist practices or comments, etc.

Signs : Failure to recognize a person’s rights, skills or knowledge, use of condescending language, etc.

NB : We are all influenced, to varying degrees, by negative stereotypes and discourses about older adults. These misguided assumptions lead us to misinterpret various situations, which can ultimately lead to mistreatment

* “Older adults bullying refers to a single or repeated gesture, or absence of a gesture, which is generally deliberate and which occurs directly or indirectly in a relationship of power or control between individuals. Bullying is intended to harm or hurt one or several older adults.” (See Beaulieu, M.,  Bédard, M.-È. & Leboeuf, R. (2016). L’intimidation envers les personnes aînées : un problème social connexe à la maltraitance? Revue Service social. 62(1), 38-56.)

This document reflects the ever-evolving research-based knowledge and practices regarding older adults mistreatment, and it is regularly updated. 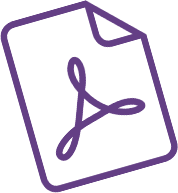 Download the PDF version of the Terminology on Older Adults Mistreatment by clicking here .